We celebrate Earth Day on April 22nd. It is wonderful to celebrate God’s creation, but we must set our focus on God rather than man’s influence on changing God’s creation. 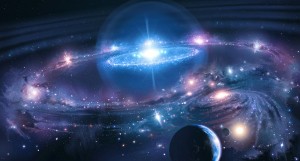 God, with Jesus and the Holy Spirit, created all that we know as ‘space’ from absolutely nothing in Genesis 1-2. Although Genesis is not a literal listing of events of creation, it was retelling stories handed down over generations which came from Adam and Eve on how the Earth was created. God lives outside of our time, as Peter wrote in 2 Peter 3:8, “With the Lord one day is a thousand years, and a thousand years as one day.”  A Being without a beginning and an end has no ‘day’ like we know a day from the sunrise to sunset. Therefore, even though God finished creation in ‘6 days,’ God is still working and building his creation for his greater good. During creation, he gave Adam (man) dominion over all the land and creatures of the air and sea. With the fall, he made us struggle with the land and the creatures of the land. It caused us to have to sacrifice and use the animals for food and clothing. We were to toil in order to grow food rather than food being provided for us in the garden. God used creation as a way of providing for us, and because of sin, He uses creation to cause us to struggle.

Generations after creation, we see the first major use of creation as a form of punishment in the story of Noah and the flood. There were no cars or power plants causing the ozone to deplete and ice caps to melt, yet it rained for 40 days and 40 nights. God was always in control. Generations later, God again used nature as a form of punishment of the Israelite’s through drought causing them to move to Egypt. Finally, God sent the ten plagues upon the Egyptians, most of which attacked the nature based gods of Egypt. God was always in control.

We also read of other nature based blessings and warnings from God in the New Testament from the star guiding the wise men to Jesus to the darkness and earthquake at the Crucifixion. God still today uses creation in ways we can not comprehend. Because it is God who is in control, we are limited in what we can do to control weather or nature. We are consumers of nature, not controllers.

According to the Catechism, “Creation has its own goodness and proper perfection, but it did not spring forth complete from the hands of the Creator. The universe was created “in a state of journeying” (in statu viae) toward an ultimate perfection yet to be attained, to which God has destined it. We call “divine providence” the dispositions by which God guides his creation toward this perfection” (ccc 302). Therefore, all of our weather, evolution, extinctions and new discoveries, hot and cold temps, and fluctuations all are guided and moved forward towards perfection as yet to be determined by the hand of God. We can not control or change nature because we are part of it. We are called not to worry about these things, like food or water, by Jesus in Matthew 6:31-33, but to focus on the kingdom of God. Instead, He will provide for what we need and control those things that need to be controlled. When we focus on things such as food, we lose focus on the Father who has provided for all his people’s needs, generation to generation. While there is still sin in the world there will always be struggle, just as the Israelite’s had to go to Egypt to get food, but God will still provide for us in mysterious ways that until we see the ‘big picture’ or complete story are unknown to us on a micro level.

Even though God will provide for us and all that we need, we do play a role in this master plan. God gave us the power to freely share in his providence by entrusting us with the responsibility to subdue the earth and have dominion over it (ccc 307). We can either choose to act responsibly and take care of the earth that was given to us, or we can squander this responsibility, deplete the earth from the resources God has provided for us, and literally trash the land and water given to provide us food and drink. 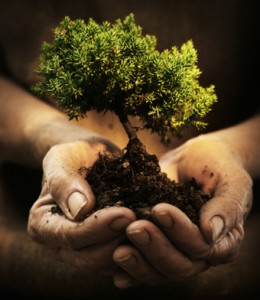 Here are some basic tips to take care of the beautiful land we were given by the Lord:

Take care of all of creation! Keep care of the land and water. Love the animals, birds and fish, but also keep them in their proper place as food for us to consume and a resource we can use. The Lord gave us dominion over these things because they were good and he loved us and created us ABOVE all of these things. Do not put these THINGS above God and other men.

In the next few weeks, Pope Francis is also releasing a document on how we are supposed to take care of the earth that we live on.

Catholic Upgrade: Take care of the land and waters, care for the creatures, but do not place any of these things above God and other human beings.